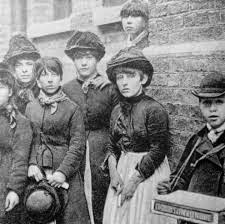 The Legacy of the Matchwomen

In the summer of 1888, 1400 women walked out on strike over management bullying and appalling, hazardous working conditions. The women and girls working at Bryant & May’s match factory in London’s East End shocked the world, and ultimately changed it.

Working-class women at this time were supposed to be seen and not heard, especially if, like many matchwomen, they were of Irish heritage. Instead, the matchwomen paraded the streets of the East End, singing songs and telling the truth about their starvation wages and mistreatment by the firm.
They marched to Parliament, and their strength and solidarity won them better pay, safer conditions, and the right to form the largest union of women and girls in Britain.

They were an inspiration to other groups of workers up and down the country and throughout the world. The modern movement for workers’ rights had begun, and the matchwomen were at the forefront of it.

It was a brilliant day with around 700 visitors, including the late Bob Crow, and was one of Tony Benn's last public engagements.

Since then, the importance of the matchwomen to British history has been acknowledged in Parliament with a debate devoted to them, and Labour MPs recommending that the book about them, Striking a Light, should be on the school syllabus. Minister Ed Vaizey replied that Michael Gove would read it: so far, no word on whether Mr Gove enjoyed it, but we wait with baited breath.

MPs also wanted to see a properly-worded blue plaque acknowledging the women’s courage at the old factory site, which Vaizey supported. Watch this space, or indeed, that space if you live nearby.

This year’s festival is smaller, but still perfectly formed. We have some wonderful speakers, songs from Tina McKevitt, and spoken word from Faisal Ali.

We’re excited to have the inspiring Sara Khan on the importance of making links with Muslim women, Sukhwant Dhaliwal on the work and history of Women Against Fundamentalism, eminent trade union and human rights barrister John Hendy QC, and the TUC's Scarlet Harris.

Kate Connelly will speak on her book about the astonishing life of Sylvia Pankhurst,

Terry McCarthy will speak about the matchwomen-inspired London Dock Strike of 1889, on which he is an authority. Actor and director Kate Hardie will talk about her film Shoot Me, and Alex Wall will talk about working with people with eating disorders, and how they can affect us all.

Heather Wakefield and Caroline Raine have excellent records on organising trade union women, and will update us on the latest issues and disputes and how we can support them.

Louise Raw is the author of Striking a Light and speaks and writes on the Matchwomen, women, unions and history.  Diana Johnson MP was instrumental in bringing the Matchwomen’s legacy to the attention of parliament.

Special Guest:
Eam Rin
We welcome to the festival a very special guest. Eam is at the forefront of the dangerous struggle for workers' rights in Cambodia, which has left 5 people dead this year alone. A garment sewer for 14 years and secretary of the Cambodian Democratic Union, Eam is visiting the UK to talk about the current brutal government crackdown on freedom of association.

Tickets are £2 each for the whole day through Eventbrite, plus a small booking fee.
Booking: http://www.matchfest.co.uk/tickets.html


All that is Solid for Glenn Rikowski: http://rikowski.wordpress.com
Posted by glennrikowski at 3:26 PM No comments:

Crises and Resistance in Central and Eastern Europe 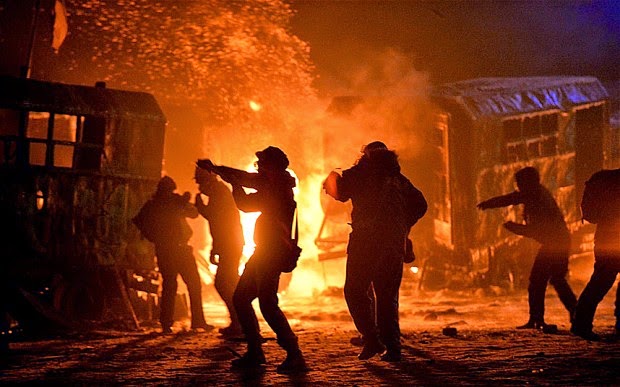 These anniversaries are significant landmarks in the history of Central and Eastern Europe (CEE) and the continent as a whole. However, even more importantly, they occur during a time of intense economic and political difficulties in Europe. The economic crisis has brought a prolonged economic downturn that has worsened the living standards of its populations and brought political uncertainty and instability. The crisis has hit CEE particularly hard, shaking the neo-liberal economic model that has dominated over the past quarter of a century, and s parking a wave of instability as well as resistance that has spread throughout the region. The most notable events have taken place in Ukraine from November 2013 onwards but we have also seen significant unrest in countries like Bulgaria, Romania, Slovenia and Bosnia-Herzegovina among others. On the other hand, in some countries such as Poland and the Baltic States neo-liberal commentators have claimed that a relatively strong economic recovery has taken place which shows the strength of the region’s economic model

It is in this context that we have planned this conference and invite anyone interested in participating to submit a paper or a proposal for a session. Debatte is a journal published by Taylor and Francis that seeks a radical critical analysis that is sympathetic to democratic, labour, feminist and ecologist movements in CEE.  In 2009 we organised a successful conference in London on the twentieth anniversary of the fall of Communism. We ho pe our 2014 event will provide a forum for bringing academics and activists together to discuss the current economic and political climate in the region, look at how progressive social and political movements are responding to it and map out alternatives to the neo-liberal order.

Among the areas that we plan to discuss at the conference are:
·      Economic crisis and alternatives
·      The role of social movements in the region
·      Gender and feminism
·      Historical politics
·      Migration, multi-culturalism and the struggle against racism and the far-right
·      The nature of left parties in the region
·      Ecology and the environment
·      Welfare and poverty
·      Education
·      Health
·      Ten years of European Union membership
·      The balance sheet of the transition from Communism
·      Culture
The geo-political context of Central and Eastern Europe.

The conference will consist of two plenary sessions together with a series of workshops held in parallel. If you would like to propose a panel or offer a paper for a workshop then please contact debatteconference@yahoo.co.uk as soon as possible.

Proposals for panels and abstracts of proposed papers must be received by 1 July 2014. Abstracts should be 300 words or less. When sending an abstract or proposal please include an e-mail address for correspondence.

We want the conference to be accessible to as many scholars and activists as possible from the region. The Rosa Luxemburg Foundation, which is supporting the conference, has provided funds to help with travel and accommodation costs specifically for those coming to the conference from Central and Eastern Europe (including Poland apart from Warsaw itself). These funds are limited and will be allocated on the basis of need. If you would like to apply for help with such costs then please do let us know at the address above.

Further information about the conference can be found on the Debatte web-site at http://explore.tandfonline.com/cfp/pgas/debatte-conference-cfp


All that is Solid for Glenn Rikowski: http://rikowski.wordpress.com
Posted by glennrikowski at 9:32 AM No comments: 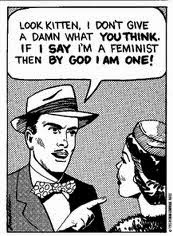 Next up? GUTS talks about sex in issue 3

Conceptions of bodies, sexuality, and desire have been rallying points for feminist activism, research, and advocacy in different historical moments. Looking back to the 1970s, advocates of the Canadian women’s movement made courageous and influential efforts to secure safe access to abortion clinics, to establish supportive women’s shelters and rape crisis centres, and to better understand women’s reproductive and sexual health. The effects of this movement on Canadian society are undeniable. Take, for example, the Abortion Caravan (1969-70), a national feminist protest that mobilized over 500 activists from all over the country to demand that the government amend its abortion policy. Although abortion was not removed from Canada’s criminal code until 1988, the Caravan brought women’s reproductive rights to the forefront of the country’s consciousness. Coinciding with the Western world’s sexual liberation movement, second wave feminism in Canada made space for conversations about women’s sexuality beyond the bedroom.

Despite clear advances made by early forms of feminist organizing and advocacy in Canada, female and queer bodies remain contested terrain in government social policy:provincially funded abortions are increasingly inaccessible
, sex workers face anti-prostitution legislation, and women’s shelters, rape crisis centres, and women’s rights advocacy groups are invariably strapped for cash. All-too-frequent instances of sexual objectification of and violence against women today indicate that sex remains relevant to feminist analysis. And yet, despite the importance of sex to feminism in popular sex-positive discourses, women’s struggles are too often configured as isolated matters, rather than symptoms of a larger patriarchal structure.

For this issue, we set out to demystify sexuality while attending to the ways sexual liberation has evolved into a new brand of feminism that promotes sex as a means of achieving selfhood and financial independence. Pop-feminist discussions of sexuality are too often reduced to a crude consumerist notion of individuality, measured by one’s purchasing power and an ability to sleep with whomever one wants. Although sex positivism once provided a clear avenue toward instituting social and political change, its contemporary manifestation in today’s fabulous, independent, sexually liberated feminist icons only serves to conceal gendered and racialized forms of oppression that continue to inform our daily realities.

Submission Guidelines:
GUTS accepts personal and journalistic essays; poetry and fiction; reviews of books, TV, music, and film; creative interviews and conversations. GUTS also accepts images and videos relevant to our theme.
Please submit a short proposal (150-300 words) describing your project no later than July 15, 2014 to submit@gutsmagazine.ca
Final submissions (500-4000 words) will be due on September 1, 2014.

For further information about the submission guidelines, please email us at submit@gutsmagazine.ca
Yours,
GUTS


All that is Solid for Glenn Rikowski: http://rikowski.wordpress.com
Posted by glennrikowski at 9:23 AM No comments:

Philosophy, Revolution and the Battle of Ideas


All that is Solid for Glenn Rikowski: http://rikowski.wordpress.com
Posted by glennrikowski at 8:21 AM No comments:

The Game of War 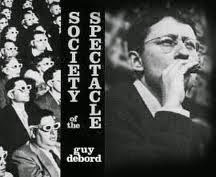 THE GAME OF WAR

Class Wargames (http://www.classwargames.net) will come to Essex on June 10th to present "The Game of War,” staging a participatory playing of Guy Debord's board military-strategy board game.

Class Wargames is playing Guy Debord’s The Game of War using a replica of his original 1977 design for the board game. Guy Debord is celebrated as the chief strategist of the Situationist International and author of the searing critique of the media-saturated society of consumer capitalism: The Society of the Spectacle. What is less well known is that after the French May ’68 Revolution, Debord devoted much of the rest of his life to inventing, refining and promoting what he came to regard as his most important project: The Game of War.

The Game of War is a Clausewitz simulator: a Napoleonic era military strategy game where armies must maintain their communications structure to survive - and where victory is achieved by smashing your opponent’s supply network rather than by taking their pieces. For Debord, The Game of War wasn’t just a game - it was a guide to how people should live their lives within Fordist society. By playing this Clausewitz simulator, revolutionary activists could learn how to fight and win against the oppressors of spectacular society.


All that is Solid for Glenn Rikowski: http://rikowski.wordpress.com
Posted by glennrikowski at 2:01 PM No comments: