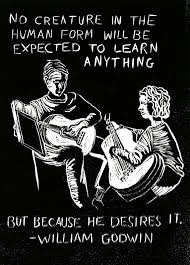 AT RISK OF BEING FORGOTTEN: GREAT BRITISH LIBERTARIAN EDUCATIONALISTS LEILA BERG AND BOB McKENZIE. ANYTHING MORE NEEDED TO BE SAID ABOUT EDUCATION?

R F McKenzie is a largely forgotten libertarian educationalist, but Ros Kane considers that he has written the last words on the subject. Attempting to initiate child-centred, creative practices within the state system as head of two Scottish secondary schools, he was – not surprisingly – twice kicked out, ending his days writing and lecturing. Ros, who has flirted with teaching and now works in child mental health, will present an account of Bob McKenzie's life, work and books, and invite a discussion about what lessons we can learn of the possibilities and pitfalls of trying to apply A.S. Neill-type ideas in state schools. Ros Kane is author of To Have An Only Child.

‘We talked practically non-stop’:  Mackenzie and his radical networks (1910-1987)
This talk explores how Mackenzie's life and work can be understood in the wider context of radical educational and political ideas in the twentieth century. Emily will draw on her current research on John Aitkenhead (1910-1998), who was friends with Mackenzie, and ran a private boarding school in Scotland called Kilquhanity (1940-1995) based on many of their shared ideas about freedom and community in education.  I will also share perspectives on Mackenzie from my research on Leila Berg (1917-2012) drawing particularly on a transcript of an over-night meeting which Berg hosted at her home in London, in 1968 - a radical cocktail of Mackenzie, Duane, Neill and Holt.  I will argue that this network and their debates can help us draw significant distinctions between progressive and radical educational ideas - and their relationship to anarchist political thought.

Emily Charkin's historical work is concerned with anarchist educational ideas, experiments and the learning experiences of ordinary people.  She uses these historical accounts to cast light on debates in the philosophy of education in the present. She is currently working on an ESRC funded PhD at the UCL Institute of Education with a working title: ‘Together they build a structure to suit their needs’: Children's experiences of self-build, radical education and anarchism from the 1930s to today. Her previous work has been about the Peckham Health Centre (1935-1950), Whiteway Colony (1926-today), Colin Ward (1924-2010), Leila Berg (1917-2012) and the US de-schoolers in the 1970s.

Emily has also worked outside academia as a social researcher at the National Centre for Social Research and a curriculum director for the civic leadership organisation, Common Purpose.  She and her architect-builder husband are currently setting up a work hub and 'school' of self-reliance at Wilderness Wood where adults and children can work and learn together.


Ruth Rikowski at Serendipitous Moments: http://ruthrikowskiim.blogspot.co.uk/
Posted by glennrikowski at 5:45 AM No comments: