Crises in Education, Crises of Education

Crises in Education, Crises of Education

A paper prepared for the Philosophy of Education Seminars at the University of London Institute of Education 2014-15 Programme, 22nd October 2014.

The whole paper can be downloaded at Academia: http://www.academia.edu/8953489/Crises_in_Education_Crises_of_Education


[1] Journal of Education Policy, Vol.25 No.6, November, edited by Stephen Ball, Meg Maguire and Ivor Goodson. A book based on this special 25th Anniversary was produced by the same three editors, also called Education, Capitalism and the Global Crisis, in 2012 (Ball et al, 2012) – but with some additional articles.
[2] Clarke and Newman (2010) explore the notion that crises are ‘socially constructed’ and the roles discourse and social power play in these constructions.
[3] See also: ‘Crisis is much overused in everyday discourse. 24-hour news lives by manufacturing crisis. Most of them are entirely ephemeral. Any event that is in any way out of the ordinary or where there appears to be conflict and the outcome is uncertain becomes labelled a crisis’ (Gamble, 2010, p.704).
Posted by glennrikowski at 10:29 AM No comments: 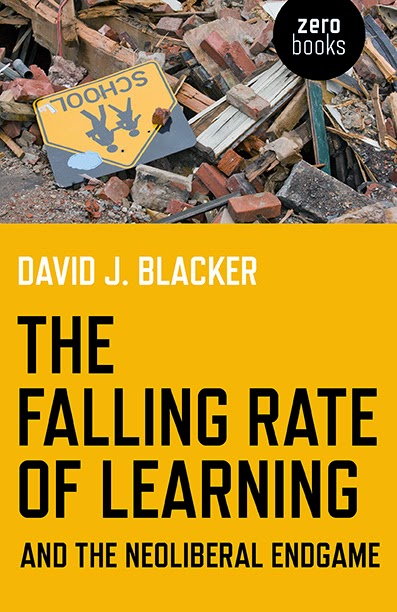 Co-hosted by Institute for Modern & Contemporary Culture (IMCC) and the Higher Education Research Centre (HERC) at the University of Westminster.

David J. Blacker defines educational eliminationism as a state of affairs in which elites no longer find it necessary to utilize mass schooling as a first link in the long chain of the process of the extraction of workers’ surplus labour value but instead cut their losses and abandon public schooling altogether. John Beck and Matthew Cornford have charted the decline of local art schools and concordant rise of the ‘destination’ art gallery, and asked what this tells us about the changing relationship between the function of education and art in the new creative economy. Nina Power argues that current attacks on the education system are part and parcel of a broader war on cognitive and immaterial labour, upon which the art world provides a peculiarly privileged vantage point.

Drawing on the etymological and political association between culture and colonization, this symposium seeks to investigate the currently shifting relationship between education and culture through the themes of eliminationism and colonization.

John Beck is Professor in English Literature at the University of Westminster, director of the Institute for Modern and Contemporary Culture (IMCC), and author of Dirty wars: landscape, power, and waste in Western American literature and (with Matthew Cornford) The Art School and the Culture Shed.
David J. Blacker is a Professor of Philosophy of Education and Legal Studies at the University of Delaware, editor of Education Review, edrev.info., and author of The Falling Rate of Learning and the Neoliberal Endgame andDemocratic Education Stretched thin: How Complexity Challenges a Democratic Ideal.
Matthew Cornford is Professor of Fine Art at the University of Brighton, has a longstanding collaborative art practice with David Cross, and author (with John Beck) of The Art School and the Culture Shed.
Nina Power is a Senior Lecturer in Philosophy at Roehampton University, regularly writes for the Guardian and New Humanist, co-editor of Alain Badiou’s On Beckett and author of One-Dimensional Woman.
Rsvp to the organizer: M.Charles1@westminster.ac.uk


All that is Solid for Glenn Rikowski: http://rikowski.ordpress.com
Posted by glennrikowski at 6:33 AM No comments: 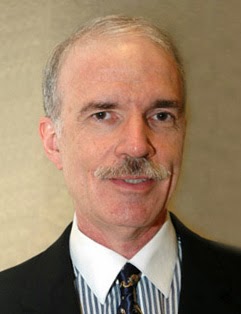 At an objective level, the ecological crisis has reached new heights of urgency, while at a subjective level, a massive movement against climate change and fossil fuels has formed, as seen most recently in the 400,000+ march in New York.  Within this movement, including in LA, a strong “system change” tendency, which puts the question of capitalism itself on the agenda, has emerged.  The speakers will respond to this new situation by considering Marxism and ecology both in theory and in practice.


The Flow of Ideas: http://www.flowideas.co.uk
Posted by glennrikowski at 10:38 AM No comments: