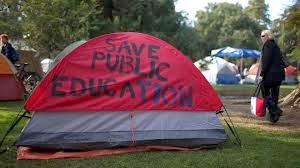 CALL FOR PAPERS
IV International Conference on Critical Education
The outbreak of the economic, social, and political crisis is affecting education at a global scale. The crisis, in tandem with the dominant neoliberal and neoconservative politics that are implemented and promoted internationally as the only solution, redefine the sociopolitical and ideological role of education. Public education is shrinking. It loses its status as a social right. It is projected as a mere commodity for sale while it becomes less democratic and critical.
Understanding the causes of the crisis, the special forms it takes in different countries and the multiple ways in which it influences education, constitutes important questions for all those who do not limit their perspectives to the horizon of neoconservative, neoliberal and technocratic dogmas. Moreover, the critical education movement has the responsibility to rethink its views and practices in light of the crisis as well as the paths that this crisis opens for challenging and overthrowing capitalist domination worldwide.
The International Conference on Critical Education, which was held in Athens in 2011 and 2012 and Ankara in 2013, provides a platform for scholars, educators, activists and others interested in the subject to come together and engage in a free, democratic and productive dialogue. At a time of crisis when public education is under siege by neoliberalism and neoconservatism, we invite you to submit a proposal and to attend the IV International Conference on Critical Education to reflect on the theory and practice of critical education and to contribute to the field.

Panayota Gounari ( of , )
Panayotis Sotiris (University of the Aegean, , )

The Media and the Neoliberal Privatization of Education

As the neoliberal agenda for public education in intensifies, educational literature has increasingly turned its attention toward understanding the logics and processes of neoliberal
privatization. Additionally, attention has been paid as to how educators resist these processes and practices, both in the classroom and beyond. This special issue seeks to deepen our understanding of the neoliberal privatization of education by extending critical examinations to an underrepresented field of cultural production: that of mainstream media reporting on education and the neoliberal privatization of education, which many believe represents a new round of primitive accumulation. By examining and analyzing the mainstream media’s relationship to the processes in which neoliberal education ideologies are constructed, reflected, and reified, articles in this issue will explicate the various ways in which the mainstream media has helped facilitate and legitimate neoliberalism as universal logic in reforming education, both locally and globally. Articles will also speak to how critical educations have guided students in K-20 schools to understand the mainstream media’s relationship to supporting the neoliberal takeover of schools.

We welcome conceptual, empirical, theoretical, pedagogical and narrative articles that approach this topic from a variety of perspectives and frameworks. Articles included in the special issue may ask and examine questions such as, but not limited to:
* How has media coverage of teachers’ unions and teachers’ strikes reinforced and/or advanced privatization?
* What shift has taken place in terms of who is positioned in the media as educational “experts”?
* What are the differences between the way that various major news networks, newspapers, and news magazines talk about educational privatization?
* How are Teach For and Teach For All being propelled by media coverage?
* What are the variations in media coverage of the neoliberal agenda for education?
* What are the alternatives and prospects for challenges to the mainstream media?
* How has ALEC impacted school reform policies and practices on the state level and to what extent has the media covered it?
* How have critical educators positioned their students to understand the mainstream media’s role in supporting the corporate agenda for schooling?

Critical Education is an international peer-reviewed journal, which seeks manuscripts that critically examine contemporary education contexts and practices. Critical Education is interested in theoretical and empirical research as well as articles that advance educational practices that challenge the existing state of affairs in society, schools, and informal education.

An early expression of interest and a 250-500 word abstract is preferred by December 31, 2013. Please address correspondence to drford@syr.edu and include "Critical Education" in the subject line.
For details on manuscript submission, please visit
http://ojs.library.ubc.ca/index.php/criticaled/information/authors 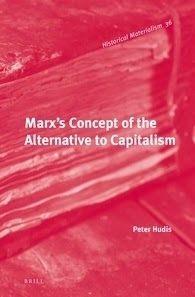 Speakers:
Heather Brown on "Marx and the Dialectics of Gender and the Family"
Kevin B. Anderson on "Marx and Said on Colonialism"
Peter Hudis on "Frantz Fanon as a Hegelian-Marxist"


All that is Solid for Glenn Rikowski: http://rikowski.wordpress.com
Posted by glennrikowski at 12:06 PM No comments: 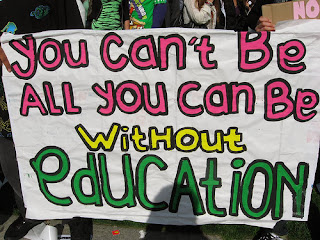 The conference is taking shape. The first call for papers is 3 December 2013; but abstracts are already coming in. Click here to see the abstracts already accepted, and here for the symposia proposed so far. DPR is democractic; and the conference reflects this, taking shape and developing its agenda as colleagues discuss ideas and as proposals come in. We strongly encourage you to get involved at this early stage by sending in proposals for papers, workshops, posters, exhibition work or performance relating to the issues around exchange and change. Help to shape the conference agenda.

Recently I asked colleagues what DPR meant to them. DPR conferences have been held each year since 2002, a book series has widely published conference themes and issues, for the last five years the journal Power and Education has extended the discussion, and an international network is growing as DPR colleagues work together and share ideas. What is this all about, and why does it matter? Here are some of the answers colleagues gave me:

Here is a quote from the flyer for DPR14: “DPR is political because teaching, learning and research are political: social justice requires that new understandings lead to action. DPR14 sets out to understand and to share the huge diversity of insights that only a truly international conference can bring together; to take courage, with a view to making things change.”

The DPR website has been updated. We hope it will be easy to use and a quick way to find out everything you need to know about the conference, the venue, travel, accommodation, registration and fees. Further information is being added regularly so please keep browsing the site.

Two news items:
1.       Pat Sikes has asked me to circulate information about the 2014 Qualitative Book of the Year Award: Call for Nominations. (Deadline: November 15, 2013). Click here to find out more.
2.       Dorit Kedar has sent information about the publication of her major project: The Book of Inter-religious Peace in Word and Image. Click here to read more.

Please will you help to spread the word about the conference by forwarding this Newsletter to colleagues, networks and institutions you think may be interested. Please contact me if there is any further information you would like, or to discuss a possible contribution to the conference.

STOP PRESS: Stefan Collini – author of What Are Universities For? (Penguin, 2012) has agreed to be a keynote speaker. For a foretaste of his brilliant wit and comprehensive understanding of contemporary Higher Education, read his Sold Out in the London Review of Books, 24 October 2013.


Online Publications at: http://www.flowideas.co.uk/?page=pub&sub=Online%20Publications%20Glenn%20Rikowski
Posted by glennrikowski at 4:13 AM No comments: